In bigger programming teams, you have experts for specific parts of your application. For example, product developers are delivering the concept, user interface experts are proposing the mockups, and graphic designers come up with a nice design. In such a setup, programmers are often seen just as the ones who put the design into a working application.

A successful product is more than a setup of interactive mockups. The application should be engineered by developers who have a passion for details, having in mind the end users, with a focus on making the product easy to understand and use. I have always worked in different positions in such fields, no matter if I had a focus on concept, design, programming, deployment, testing, or project management. For me, a successful product is one which satisfies its users.

If the definition of interaction design sounds broad, that’s because the field is rather wide: the interaction between a user and a product often involves elements like aesthetics, motion, sound, space, and many more. And of course, each of these elements can involve even more specialised fields, like sound design for the crafting of sounds used in user interactions.

Words
Words—especially those used in interactions, like button labels—should be meaningful and simple to understand. They should communicate information to users, but not too much information to overwhelm the user. A button text should always anticipate the next step (for example, “To article” instead of “Next”). And a headline should not stand as an empty introduction, but create a taste for the next section.
Visual representations
This concerns graphical elements like images, typography and icons that users interact with. These usually supplement the words used to communicate information to users.

You should work with graphical elements the user is used to from other places on the internet. Imagery should be used which does not look feel like stock material and is making the user belief he is right here.

Objects and space
How do users interact with the product? A smartphone, with the user’s fingers? And within what kind of physical space does the user do so? For instance, is the user standing in a crowded train while using the app on a smartphone, or sitting on a desk in the office surfing the website? These all affect the interaction between the user and the product. These flow into the consideration as well as the positioning of digital objects and in the viewport space itself. After all, every application also lives from white space.
Time
This dimension refers to media that changes with time (animation, videos, sounds). Motion and sounds play a crucial role in giving visual and audio feedback to users’ interactions. Also of concern is the amount of time a user spends interacting with the product: can users track their progress, or resume their interaction some time later?
Behaviour
This includes the mechanism of a product: how do users perform actions on the website or the app? How do users operate the product? In other words, it’s how the previous dimensions define the interactions of a product. It also includes the reactions like emotional responses or feedback of users.
Did you know…?
When you are talking to someone and you give a reason for what you are saying, your average chance to convince is 25% higher for succeeding than not giving a reason. 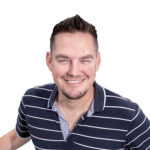 You might ask: What does an interaction designer typically do? The answer is simple: It depends on the context of the given project and the rest of the team.

For instance, if the company is large enough and sufficient resources, it might have separate jobs for UX designers and interaction designers. In a large design team, there might be a UX researcher, an information architect, an interaction designer, and a visual designer, for instance. But for smaller companies and teams, most of the UX design job might be done by perhaps 1 or 2 persons, who might or might not have the title of an “Interaction Designer”. In any case, here are some of the tasks developers often handle in their daily work:

Design strategy
Design strategy is concerned with what the goal(s) of a user are, and in turn what interactions are necessary to achieve these goals. Depending on the company, interaction designers might have to conduct user research to find out what the goals of the users are before creating a strategy that translates that into interactions.
Prototypes
As a developer, I also created interactive mockups and wireframes that simulate possible user interactions. These click dummies are functional prototypes that look exactly like the later app or website before they are actually programmed.