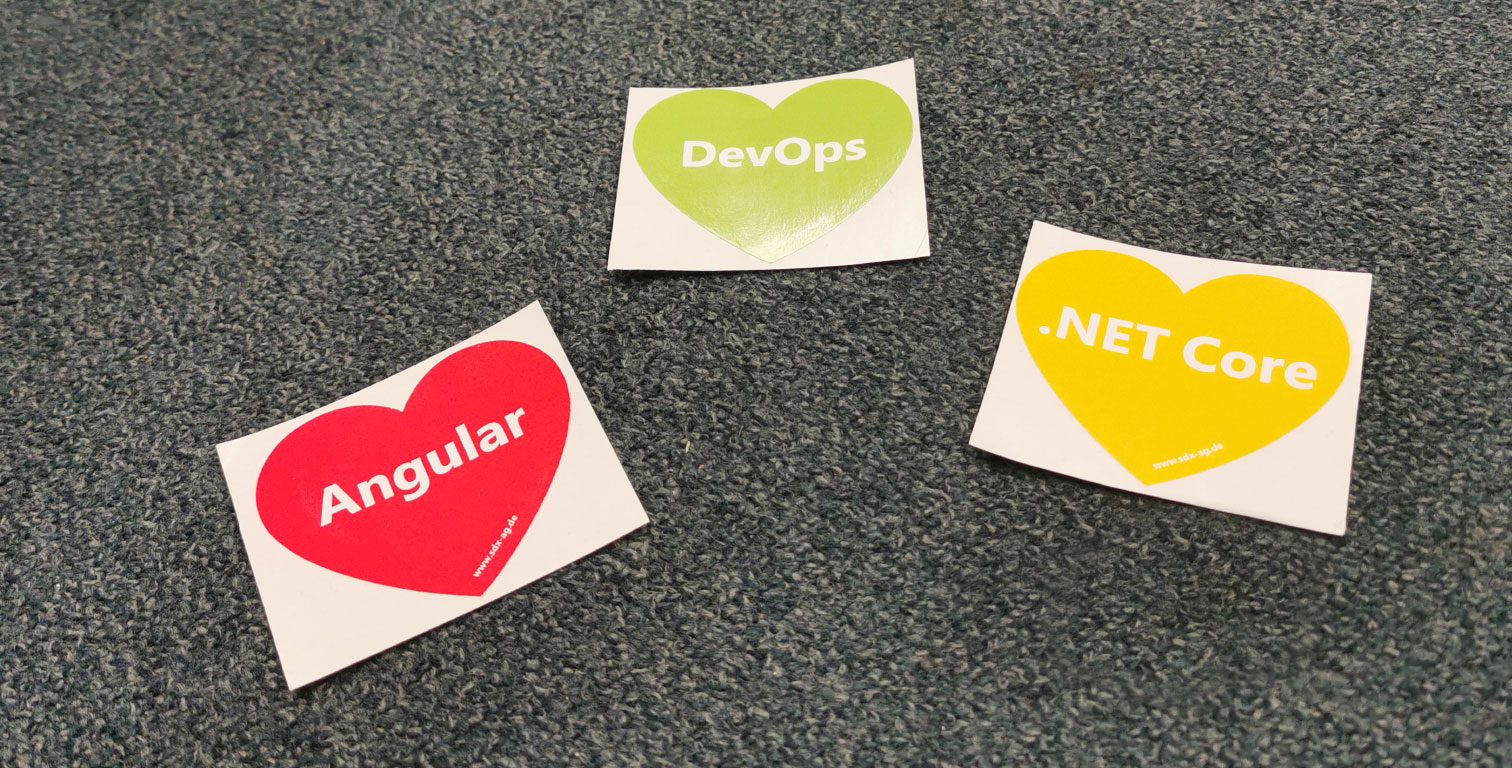 On November 5, 2019, SDX AG invited to a DOTNET event held at Frankfurt’s Westhafen. SDX is a technology partner of companies and implements Win/Web/Mobile programming and BI projects in the Microsoft environment – on premise and in the cloud. SDX realizes transactional business apps natively (UWP), natively with Xamarin and hybrid with HTML/Cordova.

While eating pizza and having drinks, the participants learned which toolchain constitutes a modern web development today. Because a clever toolchain is an important basis for an efficient development in the web environment and supports the development in the best case from project scaffolding to simple hosting using docker containers on Azure, AWS or another cloud provider.

Senior Web Developer Lukasz Moamot guided the participants through technologies such as Angular, .NET Core, RESTful Web Services, Docker and last but not least Docker. Lukasz demonstrated “hands on” how an efficient toolchain can be built for a NodeJS backend with an Angular Frontend. The tools used were briefly presented in terms of their functionality and compared with alternatives.

In the following Open Talk the focus was on the exchange of experiences. Christian Burger also acted as organizer and moderator. Many thanks to SDX for hosting the event. It was fun with you and the view from the 15th floor of the Westhafen Tower was brilliant!